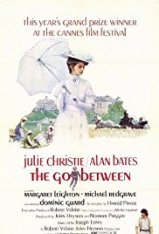 “The past is a foreign country. They do things differently there.”

It’s a classic line from JP Hartley’s masterpiece novel of youthful disillusionment and trauma, The Go-Between. This film version perfectly captures the novel’s wistful reflections on a past that seems bright and glowing to the young boy caught up in the centre, while carefully and subtly suggesting the darker currents and temptations that lie under the surface.

In 1900, 12-year-old Leo Colston (Dominic Guard), a middle class boy, spends the summer at the country house of his wealthy school friend. There he finds himself increasingly drawn to the glamour and kindness of the family, who do their best to make Leo feel at home – particularly Marian (Julie Christie), the daughter of the house. Leo also befriends local farmer Ted Burgess (Alan Bates) and finds himself recruited to carry letters between Marian and Ted, little understanding what the messages and arrangements between the two may mean, and what it might mean for her engagement with the decent Viscount Trimingham (Edward Fox).

The Go-Between is a perfect Chekovian tragedy, which brilliantly captures the hypocrisy and dangers of the final days of the Victorian era. Of course it bubbles down to sex – and there is tonnes of it beneath the surface in the quietly built passion between Marian and Ted. But it’s also class as well – the primary reason why Marian’s affair with Ted remains so illicit is because the farmer (as the younger family members make abundantly clear) is socially unacceptable.

Class weaves itself into every part of the film. The Maudsley family work over time to make Leo feel as comfortable as possible in the house as they are all aware of the social gap between them. The Maudsley family treat Leo as almost a sort of social obligation, quietly buying him new clothes (as he ‘must have forgotten to pack’ the correct clothing for the scorching summer heat) and making much of him at the local cricket game. But Leo can never really forget that he falls somewhere in the middle between the Maudsleys and Tony, and finds himself out of place with both. This awkwardness is perfectly captured in Dominic Guard’s bashful performance. 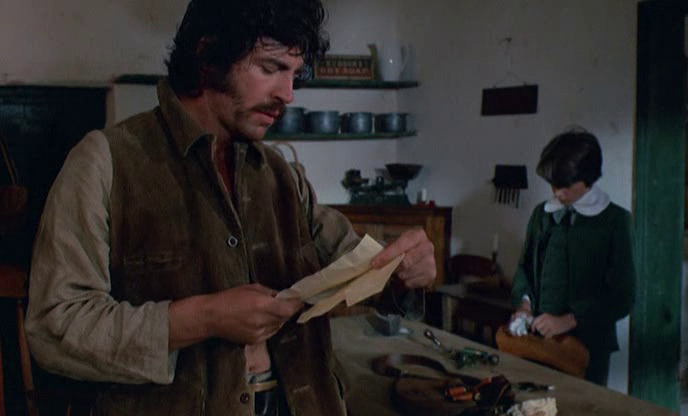 Class is also lies under Marian’s affair with Burgess – and she seems to know it can never last. Indeed, she has every intention it seems of marrying Trimingham. Trimingam and her father, it’s implied, are even aware of the affair and expect it to burn out. It’s Mrs Maudsley who seems most threatened by the social possibilities of the affair – while the men expect the normal order to reassert itself, Mrs Maudsley (Margaret Leighton, who brilliantly simmers at the edge of the whole film before dominating its closing scenes) seems far more aware of the dangers that love and attraction have.

But it’s a story where the real victims turn out to be those outside the family. Ted Burgess (expertly played by Alan Bates, who made a living of playing son of the soil types like this) winds up feeling like an innocent, a bashful teenager who barely seems to know where to look when Marian accompanies him on the piano while he sings at the celebration after the village cricket match (Mrs Maudsley is appalled at this point). And Ted (constantly described as a lady-killer by Maudsley and Trimingham, despite all evidence to the contrary in his manner – further signposting their awareness of the affair) constantly feels like the weaker partner in the relationship, besotted with the lady of the manor.

As that lady, Julie Christie gives an intriguing performance (even if she is slightly too old for the part). Christie’s Marian is strangely distant, despite her many acts of kindness towards Leo. To what extent is she merely using the boy, winning him over with affection to manipulate him later to deliver her messages? How much does she care for the boy? She understands her relationship with Ted can never be – and is more than prepared to marry Trimingham – but how much is that a defence mechanism against her true feelings? We get only a half suggestion, as Leo does, of how she may really feel. It’s subtly left open for most of the film.

The film uses a neat device of intercutting moments of the story with the far older Leo (Michael Redgrave, whose voice is perfect for the moments of narration) revisiting the locations of the story again. Everything is in contrast to the bright, luxurious summer of 1900 as the older Leo heads around windswept and rainy locations. Unlike the past, the present day finds the soundtrack drained out by sound effects and ambient noise. It’s a quiet reminder of the foreboding doom that lies over the story – and the film makes good business from the suggestion of trauma that has affected Leo resulting from the events of 1900, and how it has shattered and reshaped his life.

Losey’s direction is a perfect capturing of the languid heat of that 1900 summer, and he perfectly frames events and action for maximum impact. It’s a film made of small looks, quiet asides and suggestions to the audience played from the perspective of a child, where we need to interpret the things we see to get a full understanding of what’s really happening and its implications. Harold Pinter’s script is equally strong, perfectly capturing the mood and feel of Hartley’s novel.

The Go-Between is an excellent film, stuffed with good performances (in addition to those mentioned, Edward Fox and Michael Gough are both excellent), and beautifully shot and filmed. It’s an intelligent and very faithful adaptation of the book that still manages to make the book more cinematic, with the intercutting between past and present giving us a sense of Greek tragedy, and the interrelations between the characters staged with subtly and intrigue. A wonderful adaptation of a great novel.