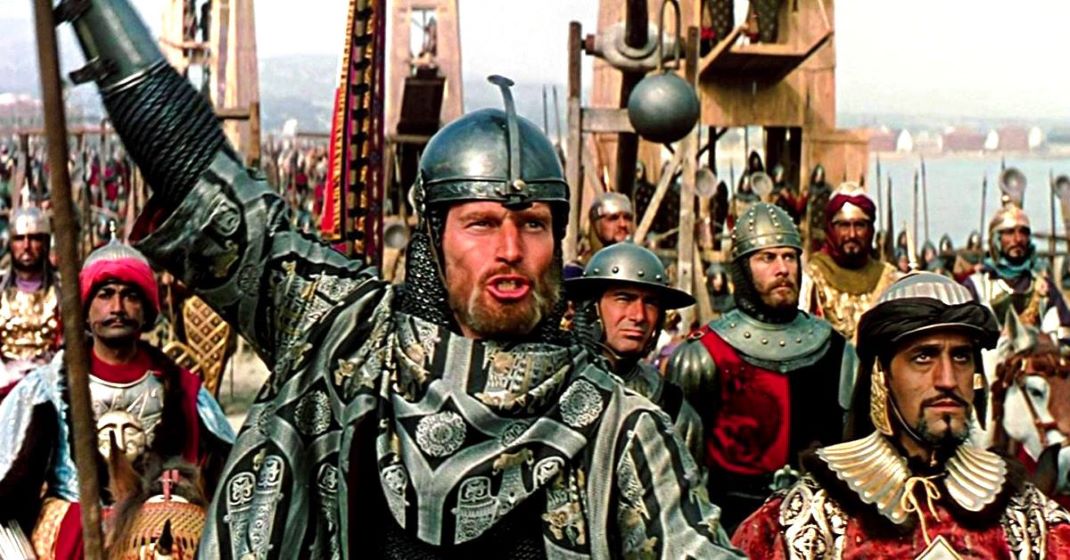 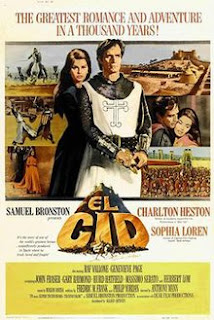 Its 11th century Spain, and the country is a mass of feuding Christian and Muslim kingdoms. All that could end if the invasion plans of warlord Ben Yusof (Herbert Lom) come to fruition. To defeat him, the Christians will need Muslim allies in Spain. But of course, none of their leaders have the vision to imagine such a thing: except Don Rodrigo Díaz de Vivar (Charlton Heston) who, after releasing rather than executing two Emirs, is known as “El Cid”. Problem is Don Rodrigo falls continually in and out of favour at court, not helped by his unbending principles. These principles even alienate the woman he loves, Doña Ximena (Sophia Loren), when Don Rodrigo regretfully kills her father in a duel. Will El Cid be able to unite the forces of Castille and his Muslim allies to defeat Ben Yusof?

El Cid was shot on location in Spain, and no expense was spared. Its location footage is beautiful and combined with some impressive sets. Producer Samuel Bronstein was determined to get the best money can buy. The ancient city of Valencia was rebuilt and thousands of soldiers from the Spanish army recruited into the two opposing sides. Thousands of costumes, pieces of armour and weapons were made. Bronstein’s dream cast was assembled (hilariously of course not a Spaniard or Arab among them), led by Hollywood’s biggest stars Charlton Heston and Sophia Loren.

What we get is an at times rather po-faced, sombre even slow epic that still succeeds because it is delivered with such absolute commitment and luscious beauty. Anthony Mann is not the most inventive of directors – and so much of this sort of film is really about producing rather than visionary direction – but he pulls together a collection of visual styles into something that feels wonderfully coherent and suitably dramatic. The castle interiors could have stepped out of Adventures of Robin Hood (Heston and Cruickshank even fight their duel on a winding staircase), the Spanish exteriors rival Ben-Hur and the medieval pageantry brings back memories of Ivanhoe.

It’s pulled together in a script that manages to juggle just about enough action – duels, fights to the death, ambushes, battles, sieges, murders – to sit alongside its earnest attempts to plead for a little love and understanding. Heston’s El Cid is radically ahead of his time, preaching messages of equality and arguing that anyone can kill but only a leader can grant mercy. It’s a film that refreshingly urges that there is more that unites us, than divides us. Yes, it casts Arab characters in most of the villainous roles – while the Christian opponents of El Cid all eventually see the error of their ways – but it still makes several Arab characters (especially Douglas Wilmer’s wonderful Al-Mu’tamin) pinnacles of honour and decency, far more so than most of the bitter and feuding Christians.

At the heart of the film is Charlton Heston, in possibly his most interesting and intelligent ‘epic’ performance. His El Cid is principled to the point of self-harming, but there is a little boy innocence to him that can’t seem to understand why he keeps landing himself in the shit. Duelling with his fiancée’s father, he genuinely can’t understand why he won’t stand down and let the matter rest. Later he marries Ximena with the sad-sack hope that she might remember why she loved him in the first place. He vainly tries to support both sides in the feud to succeed King Ferdinand, because he swore to support all the King’s children. It never occurs to him that Castille might turn down the assistance of the Muslim Emirs he’s recruited. He can understand military nuances, but can’t seem to find the way to translate this effectiveness into courtly politics. And he seems to know it. 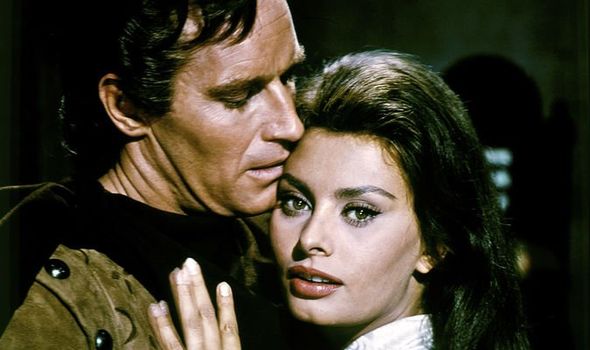 But we know he’s a good guy – so it’s also why we know Sophia Loren’s hatred for him won’t really last. To be honest the chemistry isn’t quite there between them – the two of them famously didn’t get on (Heston famously refused to look at her in many of the romance scenes, hence the odd side-to-side faces in several shots) – and the part of Ximena is incredibly thinly written (she changes her mind about Rodrigo seemingly on a sixpence). But you can’t argue with Loren’s charisma (and she looks ravishingly stunning here) or the force which she can act the hell out of these straightforward scenes (all shot in a few weeks, due to Loren’s availability and Borstein’s determination to get her for the role).

Besides she needed to be the goodie so we could have a dynamic Geraldine Page as the scheming villainous, the Princess of Castille scheming to support her brother Alfonso (a wonderfully fecklessly weak John Fraser), to whom she’s offering more than sisterly love. What chance does headstrong but not-so-bright Gary Raymond’s Sancho have against them? Elsewhere in the cast, Herbert Lom’s voice is used to superb effect as Ben Yusof (like all the actors playing Arabs he’s browned up) and Douglas Wilmer strikes up a wonderful bromance with Heston as an Arabic version of El Cid.

The film is long an often gets slightly bogged down in questions of politics and questions of succession that, at the end of the day, are less interesting than whether Loren will forgive Chuck or our long wait for that Muslim invasion. It is a very long wait: the film opens with Rodrigo a young man – by the time Ben Yusof arrives he’s an old one with two children. Enough events occur sprinkled through the story that it never feels too slow – and you have to admire its attempt at even-handed justice to all.

It culminates as well in a superb sequence covering the siege of Valencia, where all narrative threads are skilfully bought together towards a satisfying conclusion. Mann stages a handsome beach battle here and culminates the film in a long night of the soul that ends with El Cid riding into history in an ironically unique way. The film’s final act is an outstanding mix of epic themes and personal tragedy and loss, that brings the film to a superb finish.

El Cid takes itself seriously – I’m pretty sure there isn’t a joke in it – but it’s well made and acted with a great deal of flair, looks fabulous and never squeezes the life out of itself. As an example of Hollywood’s late epics, there are few that can match it.