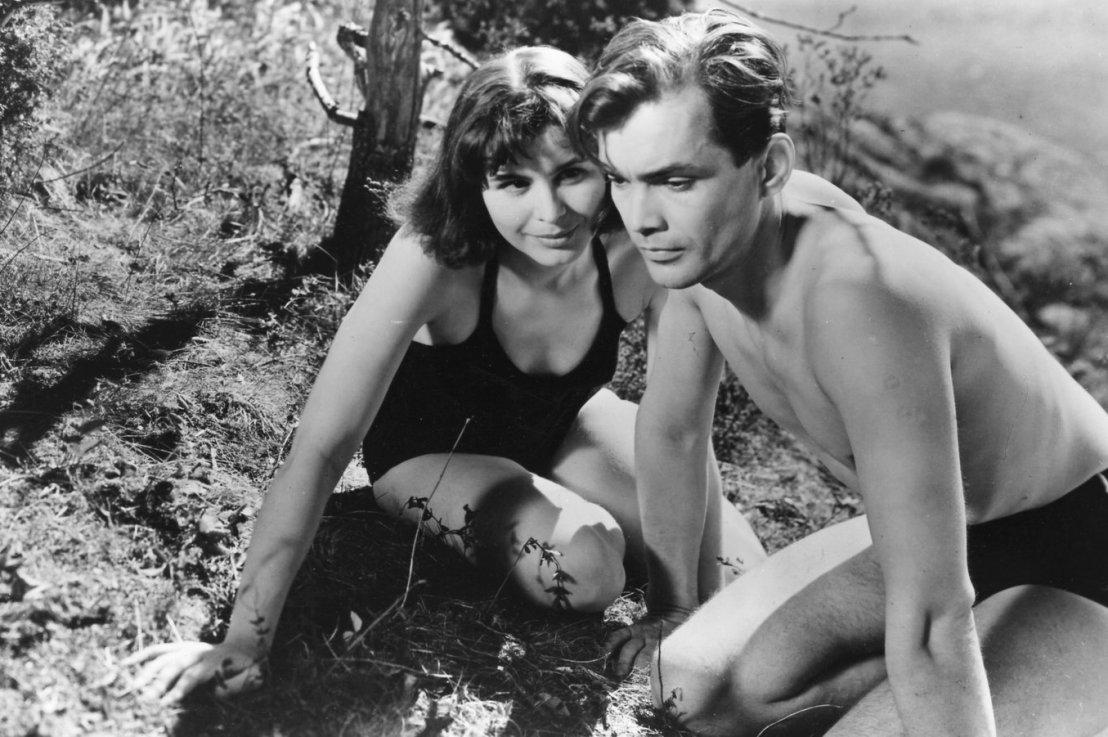 Memory, mortality, repression, grief and a little dash of hope: Bergman establishes his themes in one of his earliest film

On the night of the dress rehearsal for her next production, successful ballerina Marie (Maj-Britt Nilsson) receives a parcel containing an old diary. It’s thirteen years old and belonged to Henrik (Birger Malmsten), a young man she met and fell in love with while staying with family friends on a small island. The relationship was one of blissful joy – so why then does even the faintest memory of it bring out a cold panic in Marie?

The answer is of course rooted in past trauma in a film that touches on so many themes Bergman would explore in even greater detail later, it’s hard to see it as a film in its own right, like an early draft pencil sketch of a Renaissance master. Themes of memory, trauma, mortality, repression, romance and coming to terms with all of these would resurface time and again in the master’s later work. Wild Strawberries, The Seventh Seal, Face to Face, Persona, Fanny and Alexander… They all expand on Summer Interlude. For starters, Marie’s reverie on the island revolves around memories activated by eating strawberries and takes in an ageing priest exploring mortality through chess.

So, you can sort of watch Summer Interlude as a game of inspiration-spotting, keeping a tally of the Bergmanesque pre-homages. But that would do a disservice to a heartfelt, beautifully judged, hauntingly sad film which deals not only with loss but also acceptance. It’s effectively two films in one, straddling the emotionally cold present and Marie’s return to the windswept island, and the glorious summer of carefree romance she shared all that time ago, when everything was possible.

As Marie, Maj-Britt Nilsson is impressive. One of the first of Bergman’s muses – and the first major indicator of his skill and empathy for powerful female-led drama – Nilsson has the difficult job of distinguishing between two versions of her character. Her present day one is muted, restrained and hiding behind her ballet performance make-up, unable to really face the world and unhappy in her own skin. By comparison, the younger version feels like a different person: vibrant, hopeful, excited and youthful. And besotted with Birger Malmsten’s boyish and delightful Henrik, an impulsive but engaging kid.

The flashback to their romance is given the sun-dabbled beauty of memory. They run across beaches and up hills, flirt in beach huts and conduct a sweet engagement ceremony. The company of the other is more than enough for both of them. Gunnar Fischer’s photography captures this with an intense, naturalistic beauty – including a gorgeous shot of a cloud across the sun while we hear the voices of Marie and Henrik below. It also makes for a wonderfully alive contrast to the more static coolness of the present, where wide-open spaces are exchanged for backstage confines.

It’s not a huge surprise to reveal that Marie and Henrik’s relationship end tragically. That after all is the mood we associate with the Gloomy Swede. But what makes the film really work is the hope and joy not only of the memory of that glorious summer – but also in the ability, thirteen years later, of Marie to consider processing it and allowing new joy into her life. To come to terms with what has happened to her and learning to love the person she is today, (literally) wiping away the defensive make-up that has kept her distant from the world.

Much of her defensiveness comes courtesy of “Uncle” Erland (a deeply unsettling Georg Funkquist), the family friend she was staying with that summer. A doctor and psychiatrist, Erland clearly has a unsuitable interest (bordering on obsession) with Marie (something all too obvious to his wife). His desire to help her deal with her tragedy is based more on an unpleasant desire for control as it is friendship. He’s one of the darker figures in Bergman, even more so because he’s so mundane in his corruption.

Memory and past trauma linger over Summer Interlude – and the influence of both is central to the film’s impact. Bergman skilfully intercuts between past and present, without ever overplaying or showing his hand. Both timelines are interspersed with little character flourishes that would be worthy of whole films (and in some cases Bergman explored those himself later!). Henrik’s geriatric aunt, a fanatical chess player, who (correctly) states she will live for decades to come. A priest dwelling on mortality. A ballet master who understands how Marie’s obsession with dancing serves to blot out any other life. A fellow dancer who muses on how long before their time is up.

These ideas are assembled though with a warmth and emotional intelligence that would become Bergman’s hallmark. It’s also a film crammed with invention: a (brief) argument with Henrik over Marie’s obsessive practice, frames her feet in constant close-up as she practices her moves: the film will end with a similar shot, this time with practice married to romance. For a film about tragedy, trauma and torturous memories, it’s surprising how optimistic it is. As Marie smiles for what seems like the first time in decades, you feel there is hope for us all.