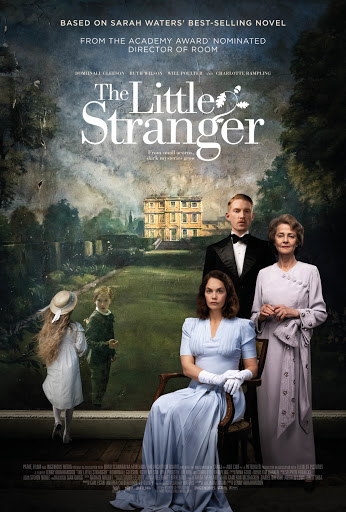 Can an adaptation of a novel work when the key to its success was the way it was told rather than the story itself? With its unreliable narrator and distinctively interior style, Sarah Waters’ book was a tough ask. But, making it even harder for the big screen, The Little Stranger is a ghost story narrated by a fervent non-believer, who witnesses none of the supernatural elements and spends his time finding detailed, logical reasons for why the people living in the haunted house are as unsettled as they are. It makes for a challenge which, for all the style Lenny Abrahamson brings, the film doesn’t quite manage to meet.

Our sceptic is Dr Faraday (Domhnall Gleeson), a young village GP in the years immediately after the Second World War. Faraday grew up in the shadow of the Ayres house, a grand country seat now being lived in by the last remnants of the Ayres family who have fallen on hard times. Son Roderick (Will Poulter) has been left with debilitating injuries after his RAF service, Caroline (Ruth Wilson) seems destined to become a spinster, and their mother (Charlotte Rampling) struggles to hold together what’s left of the house’s prestige, among leaking roofs and bills that can’t be paid. Dr Faraday becomes an intimate of the household. But are the family’s problems partly linked to a malign presence in the house, perhaps the unsettled ghost of a third, long-dead Ayres sibling? Or is it all just bad luck, frozen pipes, branches on the window and creaking floorboards?

Well of course it isn’t. The film’s main problem is that it takes a book where the narrator spends the entire time stubbornly refusing to accept he is in a ghost story, and repackages it as a more conventional tale of creeps and psychological horror. While moments like this are undoubtedly unsettling, it rather flies in the face of what made the book unique in the first place.

In the book you find yourself – despite knowing deep down he’s wrong, because that’s not how stories work – thinking that maybe all this is just a series of terrible coincidences impacting a psychologically fragile family. In the film, you are never in any doubt that the ghosts are real. Not least, because we are frequently witness to supernatural events. When Charlotte Rampling’s character is terrified in the nursery by the ghost of her lost child, we share the terror with her. A truer adaptation of the book would have only shown us the aftermath – a trembling woman on the ground surrounded with broken glass – and asked us if we shared Faraday’s diagnosis of suicidal depression. 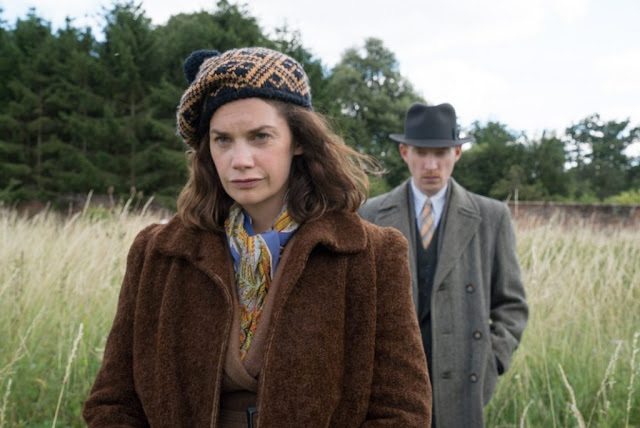 The change in perspective from the book has a particularly bad impact on the Faraday character. Faraday, deep down, is a sort of chippy Charles Ryder, as much in love with the house – and the prospect of one day owning it – as he is with the family itself. This mix of longing, envy and class jealousy bubbles under the surface of the character in the book, qualities that we have to read between the lines to detect. In the film however, these qualities are bought firmly to the surface.

This means that, for all Domhnall Gleeson has just the right rigidity and lack of imagination for the born sceptic, it means the character’s sinister possessiveness towards the Ayres house comes more to the fore. In the film it’s hard to escape the sense Faraday is as much a creep as the ghost (something the film even perhaps vaguely suggests in its open-ended conclusion). He’s cold and undeniably bitter, quietly but resentfully recording each moment where he is treated like a retainer.

The film also loses some of the context of the book as well. Part of the reason this house is falling apart is the declining wealth of the family in a world of post-war depression and higher death duties. Today the Ayres house would have been long since flogged to the National Trust. The crumbling house – compared to the grand vision in Faraday’s memories – is itself a metaphor for a particular class in Britain. However, this gets a bit lost in the film. Instead it’s easy to see the Ayres as just personally unlucky rather than symptomatic of a general collapse of the landed class.

But the film does do lots of good things. The ghost stuff is undeniably creepy – even if, as I say, it leaves the viewer in no doubt that Faraday is wrong and the Ayres are right. Will Poulter is very good in a small role as the bitter and scarred son, while Wilson captures a sense of premature middle-aged drift in Caroline, a woman unhappy in her life but unsure what she wants. Rampling is similarly very strong as a crumbling matriarch.

The film also looks lovely – perhaps too lovely, with its idealised view of a 1950s that surely was dirtier than this – and is well assembled. It just fails to bring a narrative drive to the film to replace the uncertainty and scepticism of the narrative voice that made the book so strong. There Faraday’s dismissals and self-denial about his class envy were what made the story compelling: here they are both removed – and what’s left isn’t quite interesting or unique enough to fill the gap.